Are you interested in what EFT tapping can do for you? EFT (Emotional Freedom Techniques) is a proven, non-invasive, effective method to address physical and emotional issues.

The Set Up Statement and Reversal – “Even though I have this issue and part of me is not ready to let it go, for whatever reason, conscious or unconscious, I choose to love and accept myself”. Repeat two times while tapping on the outside of the hands (karate chop points). This does not clear the issue, it simply releases the subconscious resistance to change.

Tap each of the points on the face, under the arm, inside the wrists and crown of the head 5 to 7 times while repeating the Reminder Statement. For example: “This pain, this pain, this pain”. Repeat this sequence three times. 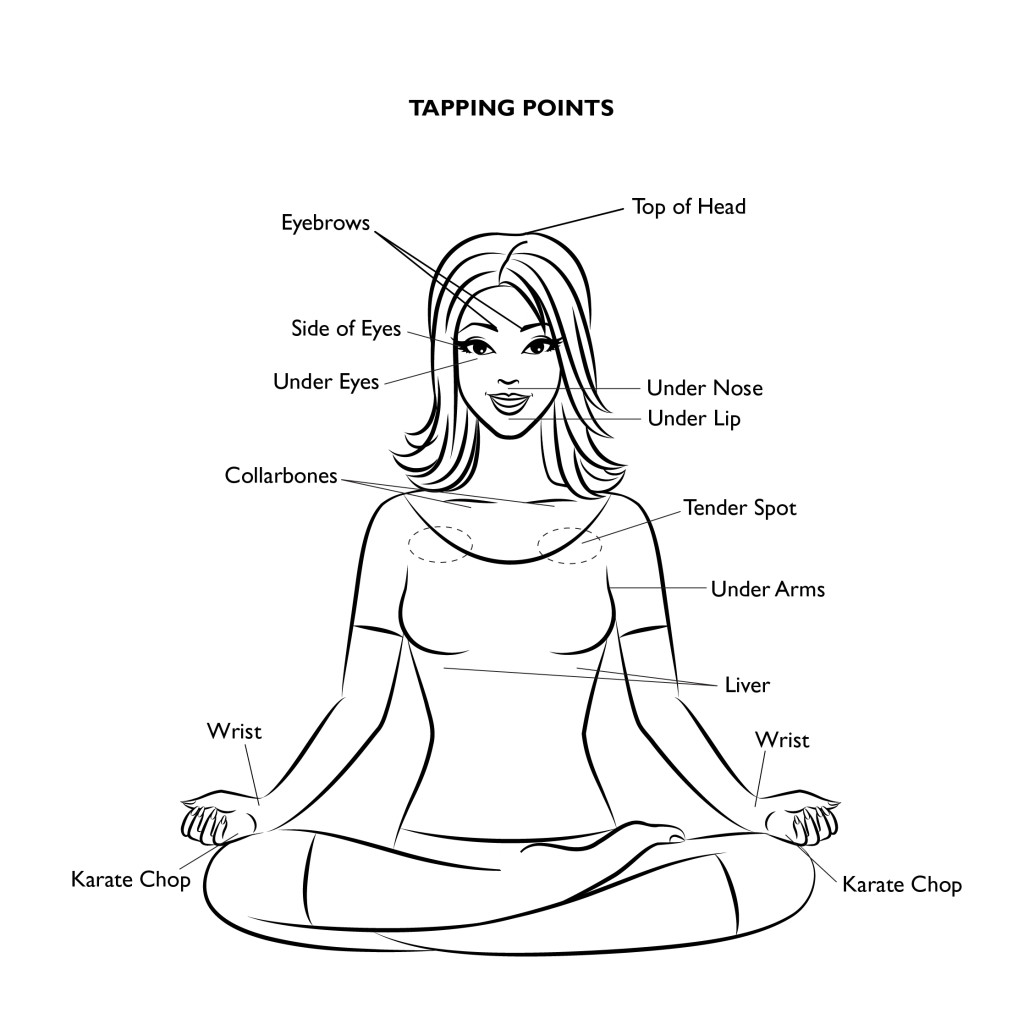